Travel adventures and musings, Food and Wine (and all kinds of Spirits).

Bern is a charming surprise for me. I had images in my head of Bern as the capital (don’t know where I got them from) but they turned out to be so wrong. At least the older part of the city where we landed so to speak. Took us a minute to figure out the parking meter but we got it in the end—suspended because it was holiday. 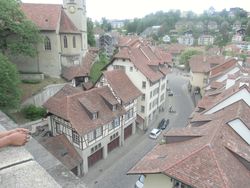 Informative Note: In 1983 the historic old town in the center of Bern became a UNESCO World Heritage Site and Bern is ranked among the world’s top ten cities for the best quality of life (2010). I agree! 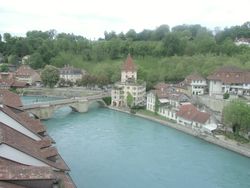 A river runs through it and wow! It is a beautiful tiffany like blue—a little muted but still so very vibrant against the old terra cotta colors of most of the buildings in the section of town. It was almost a muted turquoise which is my birthstone. 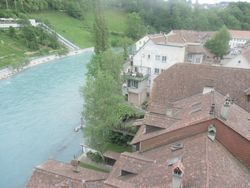 Bern is built on uneven ground. There is an elevation difference of several meters between the inner city districts (Matte, Marzili) and the higher ones (Kirchenfeld, Länggasse).

We were walking in 'Matte' following the river and ran into young filmmaker (with fresh mint in his pockets—he loves mint tea he said) who told us of the history Matte—the poorer residents historically live down here due to the flooding but with their homes directly on the river, at times of non-flood—how beautiful it must be. The water and its color comes from the melting glaciers that rushing down from the alps. Wild rapids at times swollen and destructive and at others, a tranquil glacier blue flowing past windows and balconies. 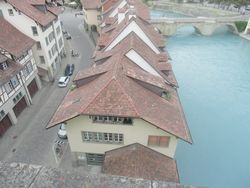 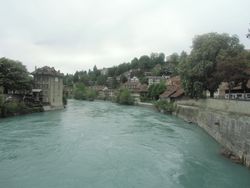 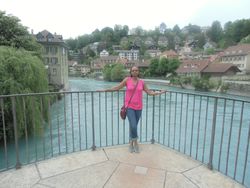 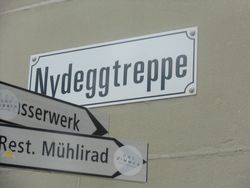 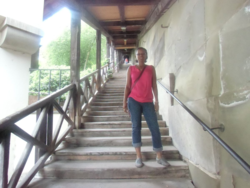 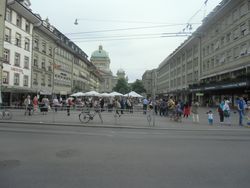 We took a stroll through the shopping promenades filled with shops, restaurants, bars and apartment buildings. Almost every building has a basement that has been turned into bars/ cafes/discoes—cellars like doors open outward inviting everyone to walk down narrow steps to who knows what kinds of delightful entertainment. 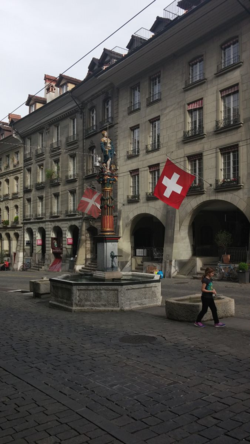 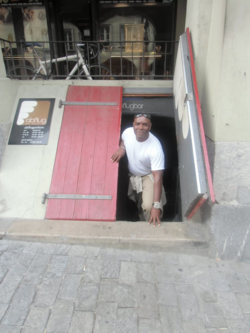 Coming into the light... 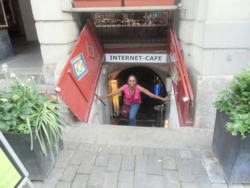 How predictable of me

The comments to this entry are closed. 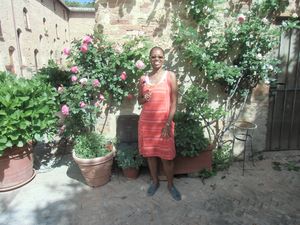